In this entrancing account, space traveler Michael Collins recalls his early days as an Air Force test pilot, his astronaut training at NASA, and his unparalleled experiences in orbit, including the Apollo 11 mission, the first manned lunar landing. The final chapter to his autobiography, revised and updated for this edition of Flying to the Moon, is an exciting and convincing argument in favor of mankind's continued exploration of our universe.

"Several astronauts have written about their experiences, but none so well as Michael Collins...This is just the book to give the child whose parents made Yeager and The Right Stuff best sellers."-The Washington Post Book World 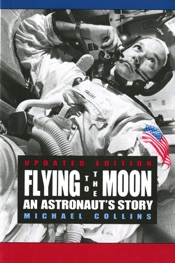